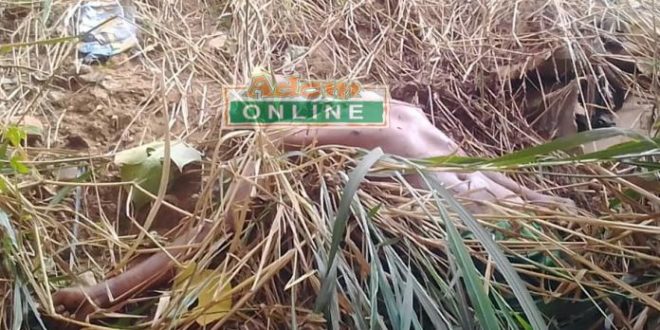 A body of a man believed to be in his forties has been found with throat slashed at race course, a busy market place and bus terminal in Kumasi in the Ashanti Region.

The body which is yet to be identified was found in a nearby river Subin which some traders are alleging was a ritual killing because some part of the body was removed.

The traders have expressed fear of being possible victims if the security is not beefed up in the area.

The Nsumankwahene is however set to perform rituals for the body to be taken to the mortuary.
Race Course currently hosts a number of traders who were displaced a year ago from the Kejetia

Terminal to pave the way for the construction of the Kejetia Central Market.