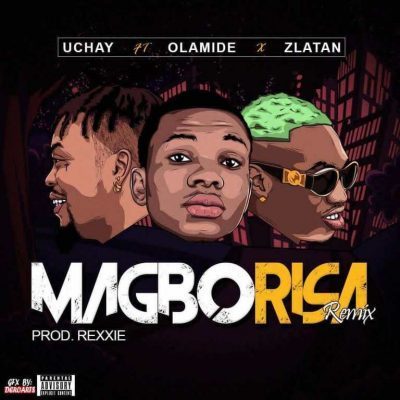 Uchay team up with Olamide and Zlatan Ibile on the remix for this smashing record “Magborisa”
Fast Rising Nigerian singer and songwriter Uchay join forces with two of the hottest rapper in Nigeria currently by the stage name, Olamide and the zanku lord Zlatan ibile on the remix of his previously released track titled Magborisa.
The new song was produced by the prolific record producer, Rexxie.