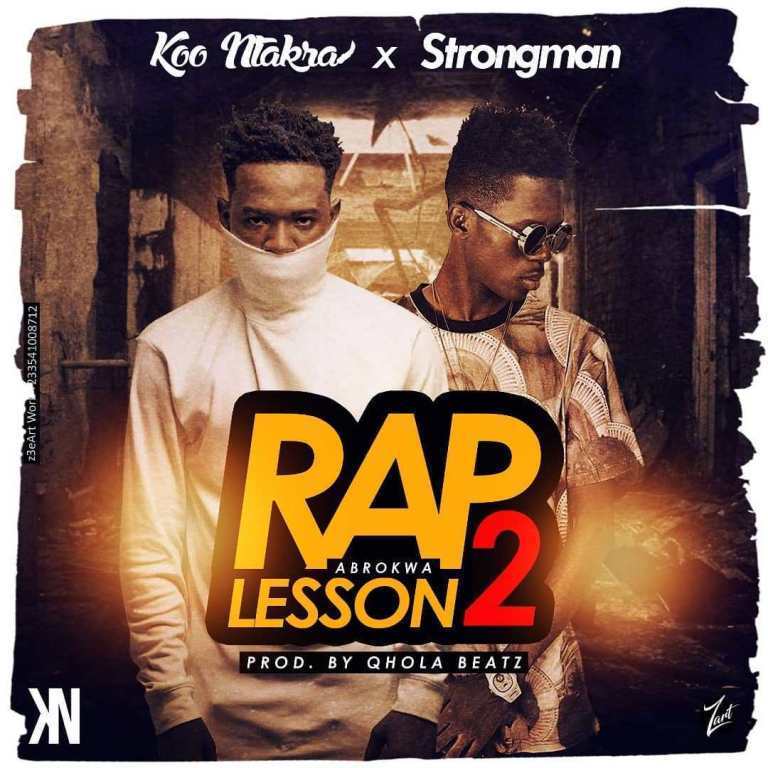 After three years of it first release, rappers, Koo Ntakra and Strongman come together to give us part of their ‘Rap Lesson’ series.

The two former TV music reality show winners whom fans and the general rap music lovers thought of being on loggerheads, surprised all by releasing the joint no hook, no chorus, strictly hardcore rappers to the amusement of many. Delivery in the Akwapem and Asante languages, the fearsome rappers really thought some ‘rap lessons’ on that tape.

In the sequel, ‘Rap Lesson 2’, both rappers seem to be on the offensive, throwing jabs and shades at someone unknown on a heavy war beat produced by Qhola Beatz. It is unclear, who they are referring to as ‘Abrokwa’ in the hook beautifully crafted and delivered by Koo Ntakra. Be the judge on this monster rap attack tune.