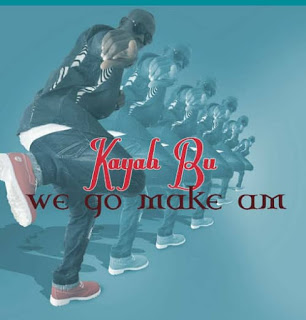 If one has not listened to kayah Bu songs before, his choice of outfits alone will draw attention to nothing but one  a promoter of Ghanaian/African products. It’s therefore not too amazing that he is doing music that focuses on upholding African culture – something many youths of his age wouldn’t consider doing.

Kayah Bu has release one music already which get a title “Kayah Bu” we go make am.It is an inspirational song that drops a very huge encouragement of life that one should not give up one day you will be able to achieve what you are looking for.Adomghana.com caught up with kayah Bu for a brief -chat. In the interview,He talked about how some music managers,Djs,Show organizers are cheating the upcoming artiste.He also explains that an upcoming artist will pay a huge amount of money to record from a studio and shoot a most expensive video and sometimes paid payo for the airplays and after they are organized for shows they will not be given anything, those free-free things are killing our music industry.He advises the upcoming artist to stay focus and should not be given up one day you will surely make it to the highest degree.