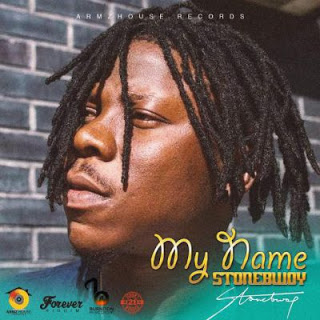 2017 Black Entertainment Television (BET) award nominee Stonebwoy has drop the much awaited single christened My Name.
The reigning Reggae and Dancehall artiste of the year shared his song via his Soundcloud account and has received of plays.
According to By Grace, singer : “first official African single on the #ForeverRiddim produced by Armz House Records, Jamaica”.
He continued, Stonebwoy is the only African artiste listed for the official album. Official album features STONEBWOY alongside Mavado, Alkaline, Jahmiel, I-Octane, Kranium, Laden & others. Follow on Instagram & Twitter @Stonebwoyb.
DOWNLOAD